This item is currently on special! 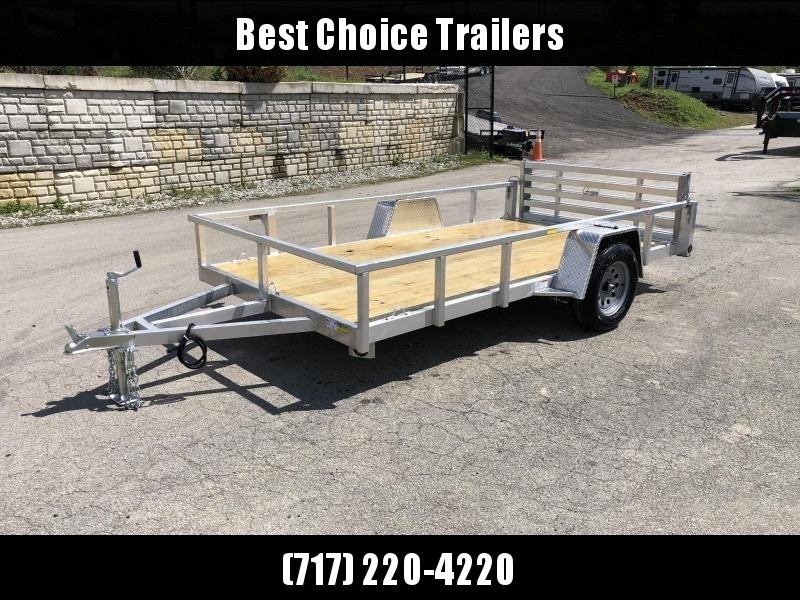 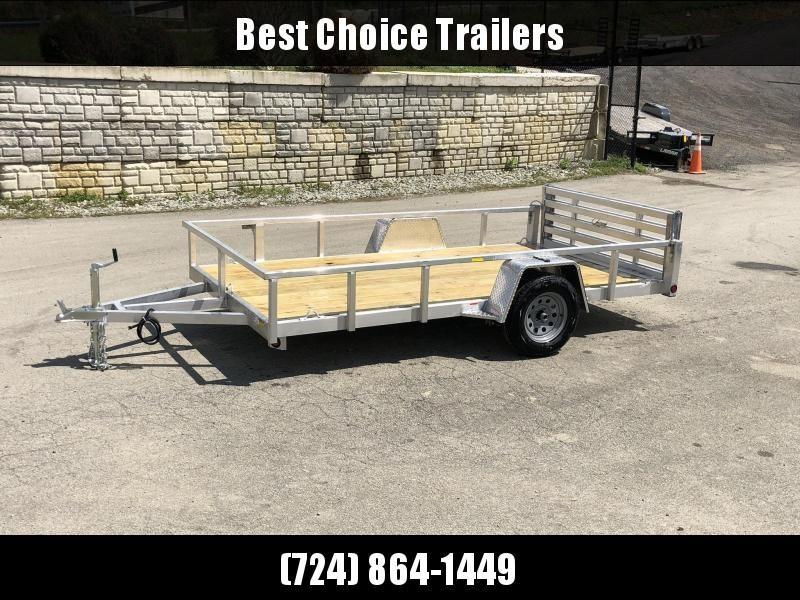 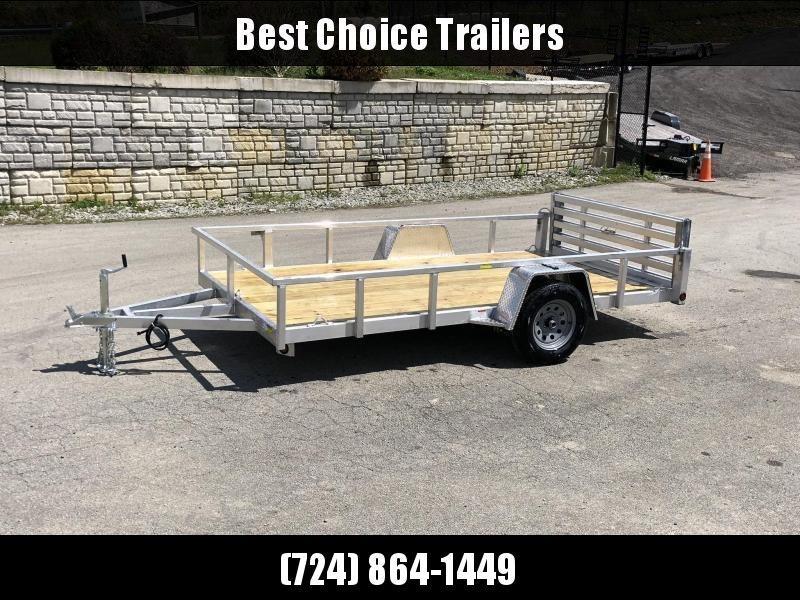 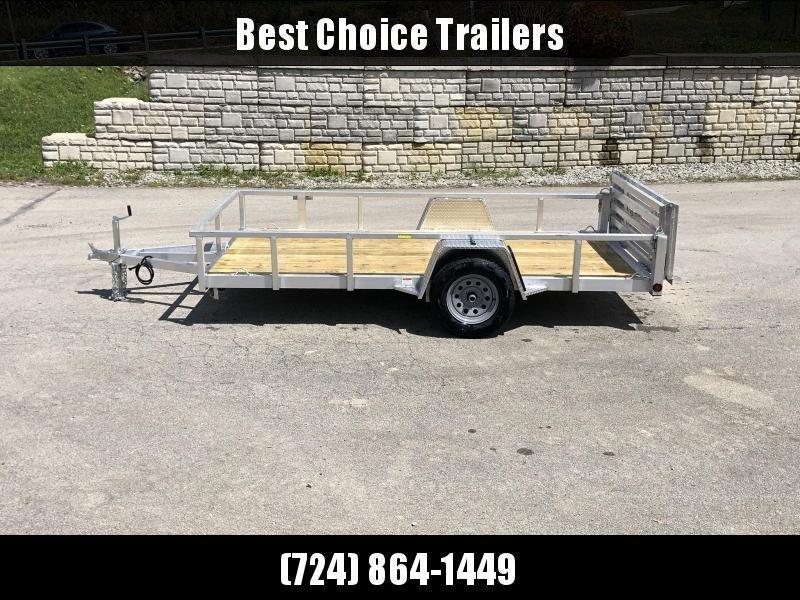 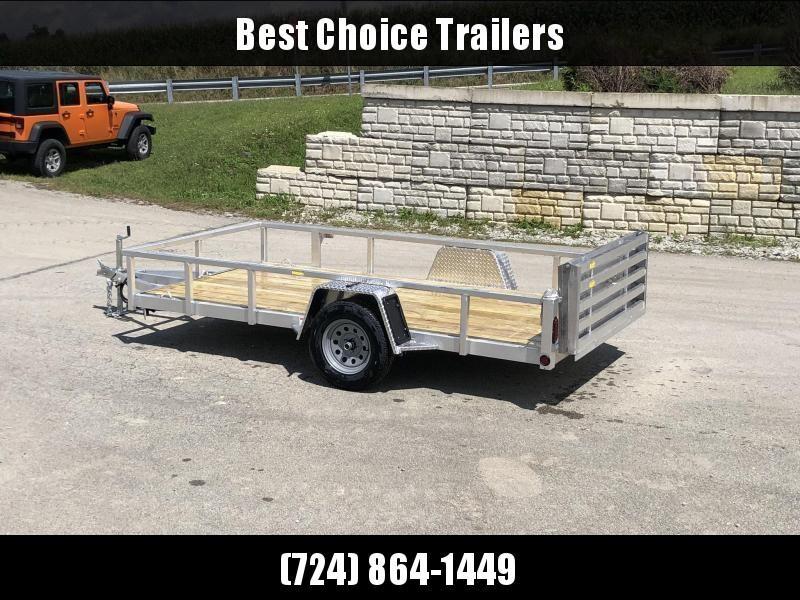 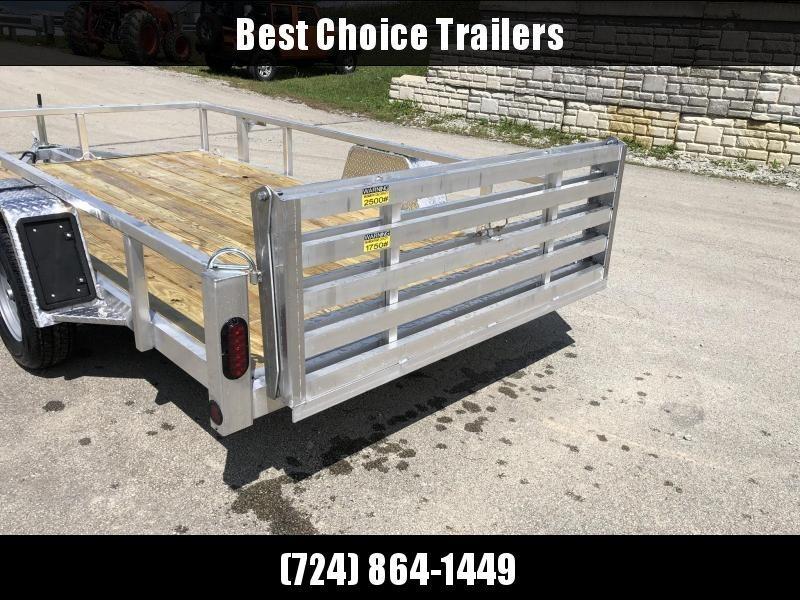 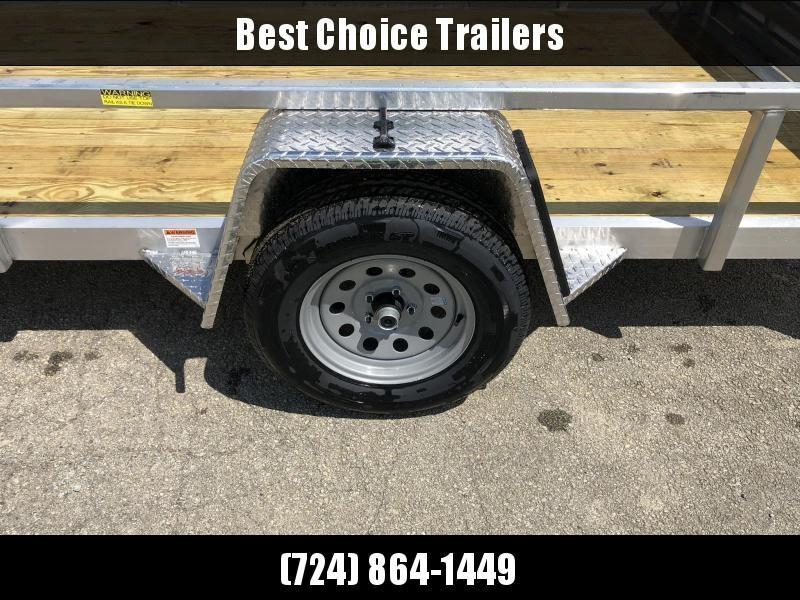 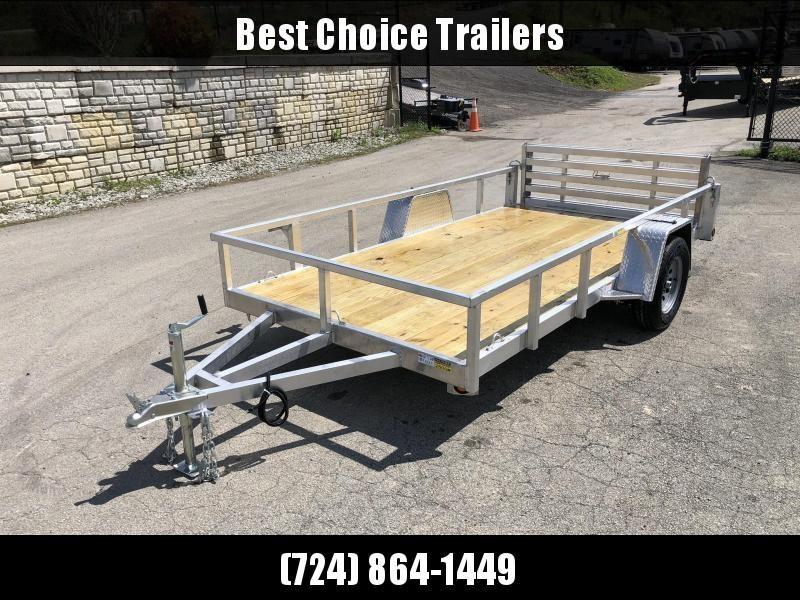 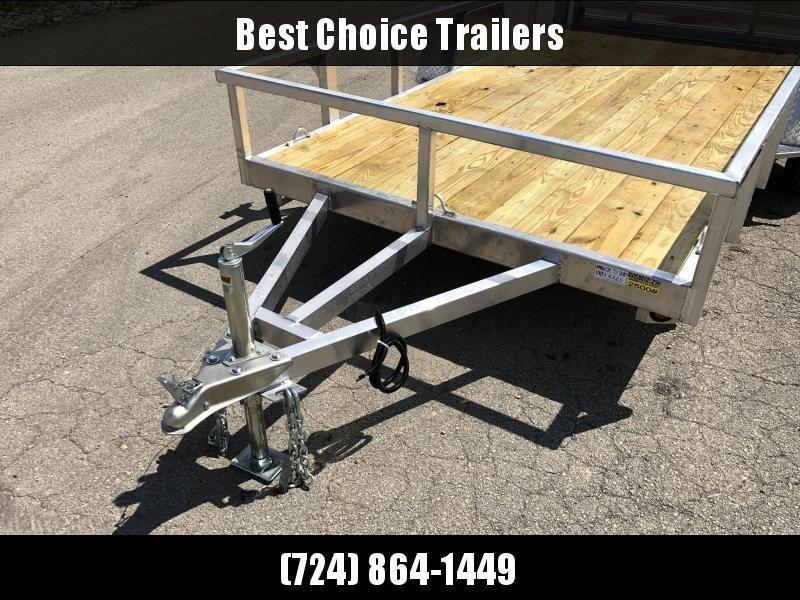 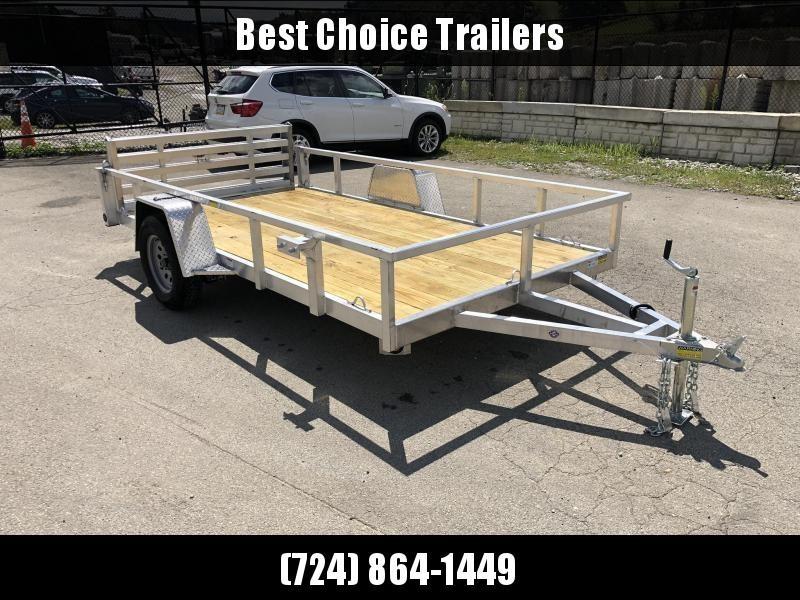 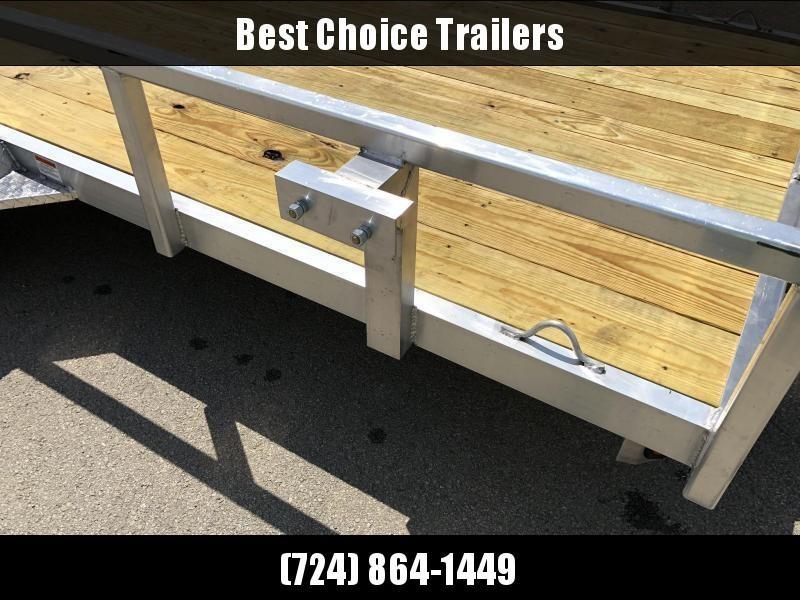 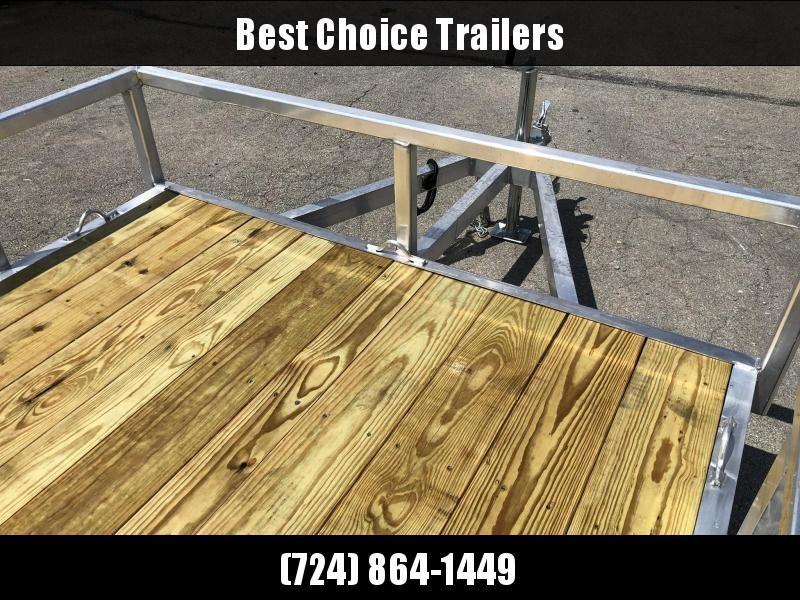 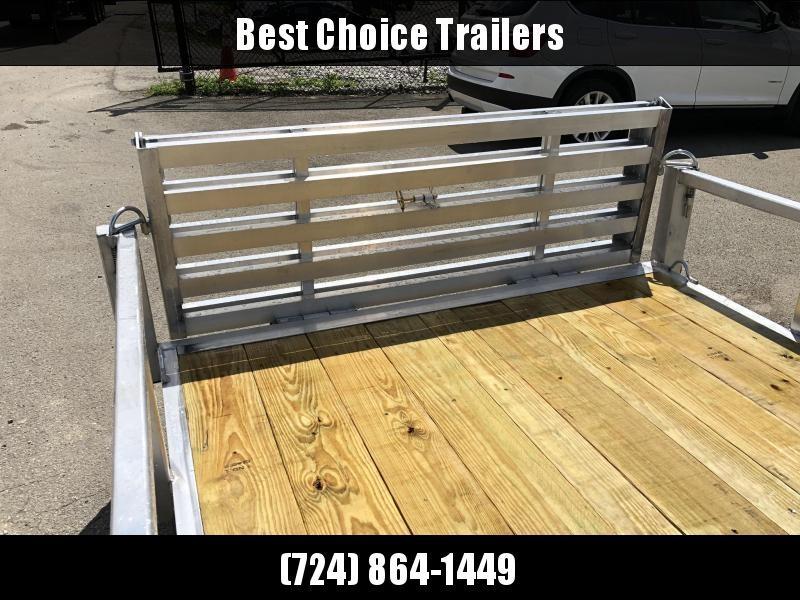 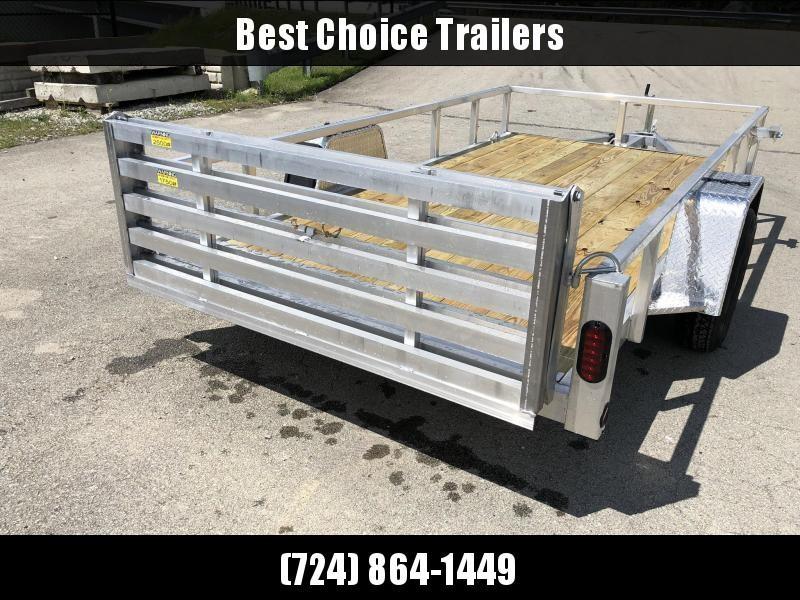 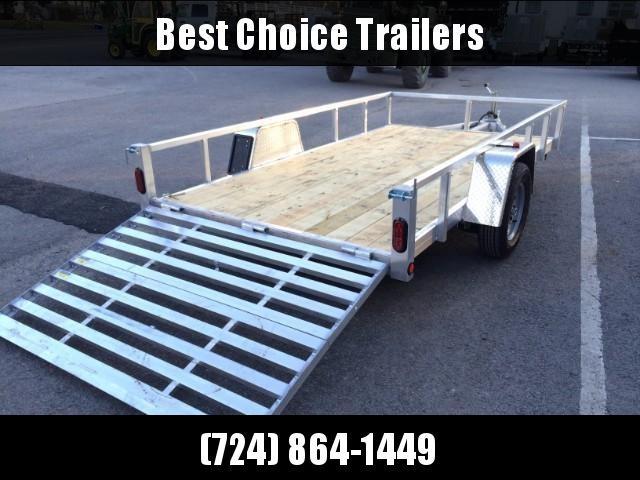 THIS UNIT IS ON CLEARANCE. NOT ELIGIBLE TO BE TRANSFERRED, OR TO BE COMBINED WITH ANY OTHER PROMOTIONS. PRICING IS GOOD FOR THIS IN STOCK UNIT ONLY.

The Deluxe is the big brother to the Simplicity model Aluminum utility. While we don't really recommend most aluminum utilities for commercial use, if doing so, the Deluxe would be the best route to go. It has about 8 more features than the very common simplicity model, making it more robust and a bit more user friendly. Aluminum trailers are popular for the weight savings over their steel counterpart as they often weigh about 2/3 the weight of a comparable size & equipped steel trailer. On the flipside, aluminum generally tends to cost about 1.5x's as much as a steel trailer. Aluminum not only weighs less, but also has a sleek look, and is much more corrosion resistant than a steel trailer. For someone with a defined load that they plan to regularly haul (think ATV, UTV, golf cart, 4-wheeler, etc), aluminum may make sense. Aluminum is not overly well suited for someone with a mixed use application such as a 4-wheeler one day and a load of firewood the next. Aluminum is made from softer material and must be handled and cared for a bit differently than a steel trailer, that can better handle mixed use situations. We often find steel makes more sense in commercial applications where the trailer often tends to deteriorate at a similar rate as the running gear and consumable parts. Aluminum often makes more sense for a homeowner that wants to buy it once and keep it long term with fairly minimal maintenance.

So why would I buy the Deluxe? 1 - Drop axle ILO straight axles (Drop axles not only lower the deck of the trailer 4" for a better loading angle, but also lowers your center of gravity for an even more stable load, and gives you 4" of additional sidewall height vs. a normal utility trailer. The vast majority of utility trailers, probably 90% or more, use straight axles). 2 - Integrated frame (Unlike most trailers that build a frame on a jig and attach a tongue after the trailer is built, this trailer's tongue pierces the front of the trailer and integrates much better into the mainframe of the trailer. It features a triple tube tongue, and the center crossmember wraps nearly to the axle. Also there are crossmembers between the tongue and mainframe whereas most utilities the tongue stops at the first crossmember. An integrated frame is a lot stronger, but also a lot more work and more complex). 3- Better tires (The Deluxe model has an improved radial tire, which not only rides better but will last about 2x's longer than a traditional tire). 4 - Tube crossmembers ILO channel (On a Deluxe about AAAAAAAAAAAÂ½ or more of the crossmembers are made from box tube instead of a lighter channel. These tube crossmembers run from the front of the trailer to approx the axle. Tube will twist and flex less than channel, and is preferred in an application looking to remain strong, yet lightweight). 5 - Bi-fold gate (The bi-fold gate is not only very strong as it gets upgraded tube crossmembers, but will also have less wind resisntant as it only sticks up AAAAAAAAAAAÂ½ as high. It will also fold flat inside the trailer when not being used, and is easily removed). 6 - Upgraded 2x2" tube toprail and uprights (The toprail and uprights are heavier duty on the Deluxe model trailer, making it ideal for longer applications or on a trailer with ATV ramps). 7 - Beefier frame and tongue (The size of the tube and wall thickness of Deluxe model's are heavier than the Simplicity model, making it a bit more robust for light commercial applications).

What else should I know? QSA uses a tube tongue and frame where many others in the industry use either a formed tongue/frame or a channel tongue/angle frame. The tube frame is very strong. Because many other manufacturers build their frames different, they aren't able to put sides on their trailer or sell the sides as an add-on. On most of these models, even without sides the prices are comparable, and when you add sides you often climb well over the price of our trailer. A bolt on side also doesn't give strength to the trailer like a permanent side. When dealing with aluminum, strength is important, and weld on sides provide it.

This item is currently on special!

Interest rates vary by person and trailer. All payments are estimates. Tax, title and any other fees are extra.